Michael Brown would appear to be your typical 11th grader, except that Michael is exceptional in his passion, ability to work hard and research for answers, which takes up a lot of normal teenage time. He is also driven to go above and beyond to help his mom and other people with Trigeminal Neuralgia (TN). 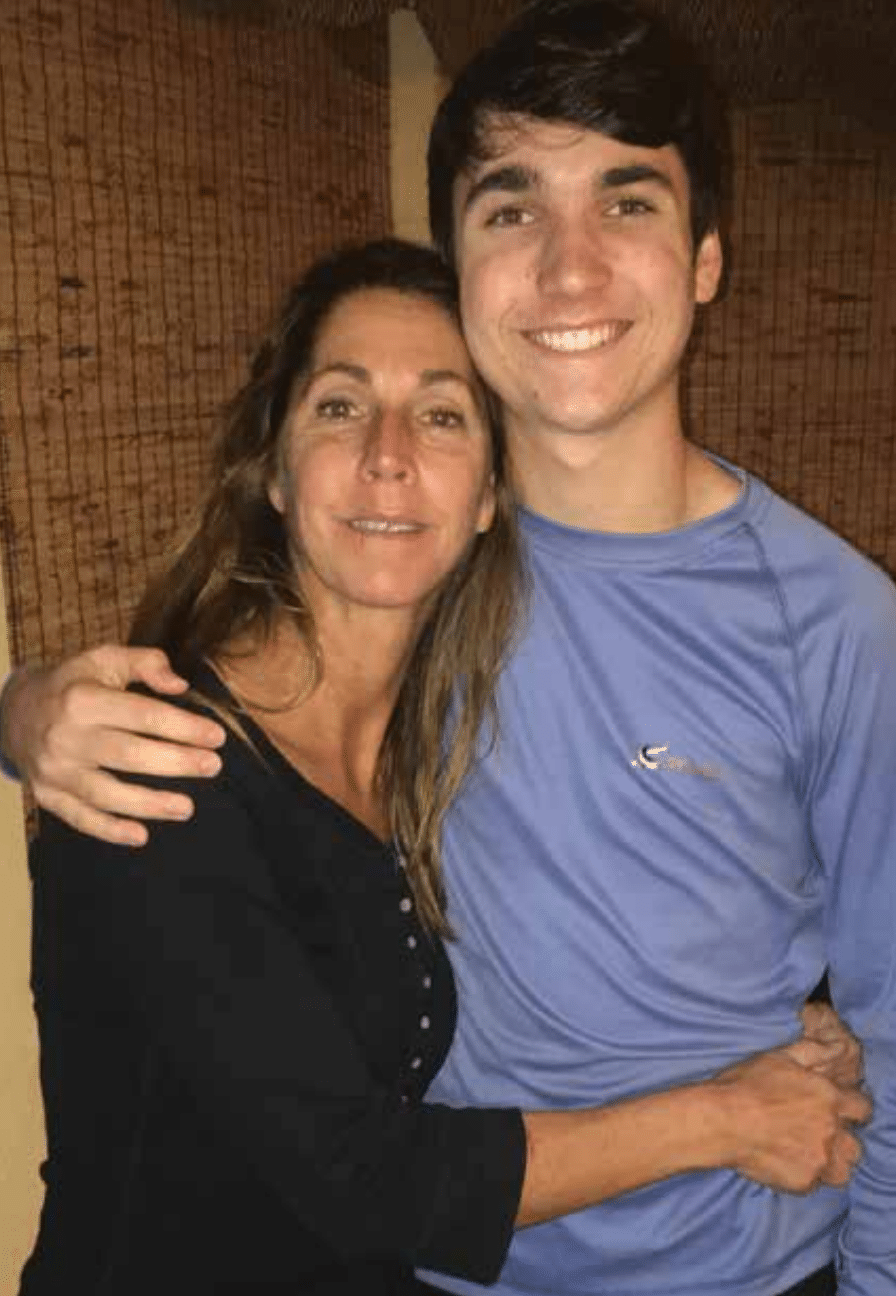 On October 25, 2013, Michael’s mother, Eileen Brown, underwent mandibular advancement jaw surgery to correct her sleep apnea. Soon after, she began to have extreme pain on the right side of her face, which later spread to the left side. She has a combination of the electric shock attacks and numbness in her chin area. She went through many doctors and medications, as so many sufferers do, and finally said, “I am done”. She no longer takes any medications, except an antidepressant, which she says helps her quite a bit, and copes as best as she can with the chronic numbness and the shock-like flare up pains.

“The hardest part about watching my mom having TN is knowing that there is not much that I can really do about it. She’s in so much pain, and there’s nothing I can do to alleviate that. All I can do is give her some hope, and that’s what I wish to do with this research”, Michael commented.

Michael, or Mikey as his friends call him, is enrolled in a unique advanced placement program at Coral Springs High School in South Florida, which is an Advanced Placement research class. This class involves designing, planning and conducting a yearlong research-based investigation to address and research a question of interest to the student. At the end of the year a paper of 4000-5000 words plus a presentation with an oral defense is required, during which the student will answer 3-4 questions from a panel of evaluators. Sounds a lot like a Master’s thesis!

The students were asked to focus on a topic that had not been studied or had insufficient data and Michael chose the social issues that affect a person with Trigeminal Neuralgia. He looked at scholarly information and read patient accounts and was able to put together several questions for an online survey. Some of the questions asked how TN affected the ability to perform activities such as attending social functions, or maintaining relationships with family and friends. Working outside the home and performing daily tasks such as talking, eating and exercising were also important parts of the survey.

Michael contacted John Koff, CEO of the Facial Pain Association and asked for help to get the survey out to people with TN that might participate. He received 400 responses in the first hour! He was also touched by the written comments at the end of the survey such as “God bless your mom” and “It is really touching, what you are doing” which meant so much to him. “The support was tremendous”, Michael said.

Social changes in a person’s life with TN are not often brought to the forefront and addressed. Chronic pain from TN is frequently very isolating and depressing for the individual. Depression and sleep disturbance can conversely render persons more vulnerable to pain and suffering which in turn can inhibit them from enjoying everyday activities. As TN is an “invisible” illness friends and family may think the pain is exaggerated or that it is mismanaged which in turn may strain those relationships. The sudden change from “normal pain” to being entirely unable to speak because of a flare up can also be perplexing to others.

Also the fear of “triggers” that might cause pain can lead to anxiety and panic attacks that prohibit or discourage the sufferer from going to work or attending social activities. Medications that include anti-seizure drugs can make the person feel “zombie like” and sometimes confine them to bed.

Michael is giving his mother hope. The kind of hope that comes from the recognition and knowledge of how the severe pain, such as is associated with TN, can affect daily life. Knowledge is power and the information from Michael’s research will shine forth as an example of how we can do more to help the quality of life for those individuals with TN.

Michael said that “the whole project was so worth it and I am happy that I can make that impact”. If he passes both parts of his paper, the methodology and the limitations and conclusions, also including an oral presentation, he will be given an AP Capstone Diploma. We wish you the best Michael! You have a great future ahead!